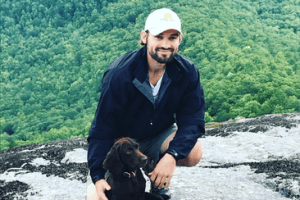 Born and raised in Gadsden County, 7th generation Floridian, John Dooner, does not recall a time in his life when he was not exposed to growing, managing or deriving something from the land.

Dooner hails from a long-line of agriculturalists. His maternal grandfather and great-grandfather, both whom he never met, were shade tobacco growers, a crop that once influenced the entire community of Gadsden County. His great-grandparents on his paternal side came to Florida from Savannah, Ga. and made a living in the turpentine business.

“As long as I can remember, I’ve been going with my dad to the woods and it’s really what instilled the passion in me to generate something from the land,” he said. The Dooners’ have a highly diverse client base. Historically, their focus has been the “non-industrial private landowner” and the properties they manage range anywhere from 40 to 10,000 acres.

Dooner explained that forestry consultants assist their clients with balancing multiple land management objectives. “We are typically growing a crop of timber on behalf of the landowner and representing, them or acting as their agent, when they are ready to sell the timber,” he said.

He explained that while frequently, landowners want to generate revenue from their crop, others like to use their land for recreational purposes like fishing or hunting or enjoy the ecological benefits such as conserving wildlife and unique species.

“It is very rare that we are focusing on one objective at a time,” he said. “It requires us to be true foresters and put our skill set to use.” Dooner said that while farming for other landowners is his daily employment, he and his family run a timber operation of their own.

Dooner enjoys traveling and history and is particularly fond of his Gadsden County heritage. Every year, the GCFB holds an event in conjunction with Farm City-Week at the Shade Tobacco Museum in Havana.

GCFB members and former shade tobacco growers and their families gather for a meal and to bring awareness to the necessary partnerships between urban and rural residents while paying homage and telling stories about the county’s rich shade tobacco history. Local county officials, media and law enforcement are also invited to the event.

“Our heritage is shade tobacco,” he said. “It is a very unique crop that was only grown in three Florida counties, Gadsden being the focal point of production. It’s unique because it was grown under cheese cloth shade, producing a higher quality leaf, which was used to wrap out portions of Cuban cigars.”

The livelihood of the entire Gadsden County community from the growers to supporting industries like grocers, clothing and hardware stores depended on the shade tobacco crop from the late 1800s to the 1960s.

Dooner explained that the county’s rolling topography limited the variety of crops farmers could grow. “The attractive thing about shade tobacco was that it was so valuable on just a ten acre field,” he said. “You could generate enough revenue to make it a feasible operation and in its hay day it was worth more than gold.”

Unfortunately, the development of synthetic wrapper in the 1970s and the inability to compete with cheap and available labor in Central America coupled with the arrival of diseases quickly eradicated the industry.

Dooner stated that it was a tough time for the entire community as producers and business owners were left to start from scratch. Most of the producers pivoted their operations to ornamental nursery, tomatoes and timber.

As an active member of FFB’s YF&R program, Dooner works daily to bridge the gap between different agricultural communities. One way he does this is through the use of his social media channels. “I try to take opportunities to educate about agriculture and give examples of all the good things we do in Ag,” he said.

He is passionate about sharing agriculture’s story with the right people – people who don’t necessarily know or understand the many positive ecological and economic benefits of production agriculture. Dooner believes that the right communication can play a pivotal role in shaping the future of Florida agriculture.

“Farmers and ranchers have proven to be resilient throughout the course of time,” Dooner said. “I think outside of agriculture when I think about resilience. There is an enormous amount of pressure on our state’s resources as we continue to see thousands of people move to Florida every day.

The only way to deal with the unprecedented growth in our state is to recognize the benefits of our Ag land and put a value on them. The population boom is concerning, but I think we can put a positive spin on it and looks at it as an opportunity in agriculture to create value that has not historically existed. As the original stewards of the land, what is more compelling than that?”