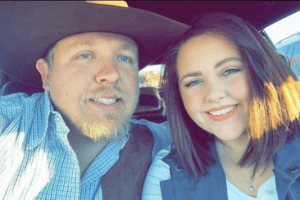 Jacob Wangle represents counties in District 1 on the Florida Farm Bureau’ Young Farmers and Ranchers State Leadership Committee. Counties in his district include Escambia, Santa Rosa, Okaloosa, Walton, Holmes, Jackson, Washington, Bay, Calhoun and Gulf. He and his wife, Emma, live in Jackson County but have farm operations in both Jackson and Holmes counties. Wangle also serves as a members of the Holmes County Board of Directors. Wangle grows peanuts and cotton and raises beef cattle along with his grandfather in the Florida Panhandle.

Originally from south of Atlanta, Georgia, Wangle did not grow up involved in production agriculture. It was after he moved to Florida when he was 10 years-old that he had his first experience in Ag. One summer growing up, Wangle and his best friend came upon several ponds that they desperately wanted to fish. The ponds belonged to a hay farmer that was in need of help hauling his square bales. After an exchange of words, the man told Wangle that he could fish all he wanted if he could help him load his hay.

“We loaded that trailer as fast as we could so we get to fishing,” he explained. “Ever since that day, my interest peaked in how the world of agriculture in a small community really was. I believe I will get to leave this earth still wishing I could get to visit just one more farm or talk with one more farmer and listen to his/her stories about life on the farm.”

Wangle’s relationship grew with the farmer and he continued to work for him all through his high school years. “Our friendship grew over time and now we are like family,” he said. “I call him grandpa.”

Wangle pursued a degree in agricultural mechanics . He began his career as a field technician for Atlantic and Southern, an AGCO dealer in Dothan, AL. It was during this time that he began his row crop operation.  He later took an opportunity to work for the Florida Department of Agriculture and Consumer Services (FDACS) in the Office of Ag Water Policy where he helped implement the Best Management Practices (BMPs) program.

“I really enjoyed my time with FDACS and helping local farmers and ranchers implement the best conservation practices,” he said. Wangle is currently back at Atlantic Southern working as a field technician.

“My favorite thing about being involved in Farm Bureau is the amount of like-minded people I have been able to meet and work with on any given day,” he mentioned. “The opportunity to have my opinions valued means a great deal to me.”

“For me, rooted in resilience means that no matter what situations or circumstances arise, agriculture in the state of Florida will always be standing strong at the end of the day,” Wangle stated. “Farmers and ranchers in this state share a passion in our blood to strive for excellence in agriculture, be stewards of the land and make Florida a better place for future generations.”